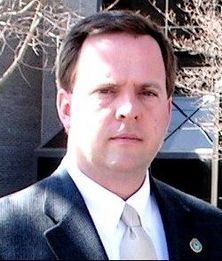 Chief Boggs recently retired from the Broken Arrow Police Department to continue his passion for leadership in way of teaching others. Dave travels the country extensively teaching leadership and ethics to aspiring and current police leaders.

Broken Arrow is a city of 109,000 adjacent to Tulsa, Oklahoma. Broken Arrow is noted as the safest city is Oklahoma multiple years running. Prior to taking the Chief's position in Oklahoma, David served with the Lexington, Kentucky Division of Police where he retired with the rank of Deputy Chief. Among other events in Lexington, he was the primary local law enforcement official assigned to coordinate the World Equestrian Games, hosted in Lexington, Kentucky in October 2010. This was the second largest sporting event in North America with 650,000 attendees over 17 days.

Chief Boggs earned Bachelor’s and Master’s Degrees from Eastern Kentucky University. He is a graduate of the Federal Bureau of Investigation’s (FBI) National Academy – Session 223 and is a graduate of LEEDS - Session 54. Chief Boggs is also the 24th person ever to be selected as an Executive Teaching
Fellow for the FBI. In this position, he lived six months in residence at the FBI Training Academy in Quantico, Virginia and taught federal, state, and local law enforcement leaders from around the world.
​
Chief Boggs remains active with FBI-LEEDA and the IACP serving on multiple committees including a recent appointment to the Image and Ethics Committee. In the spring of 2012, Chief Boggs assisted in forming the first FBI-LEEDA Command College in the state of Oklahoma. He was nominated to ascend the ranks of the Board of Directors is a Past President of the FBI-LEEDA association.
Center for Police Leadership & Ethics International (CPLE)