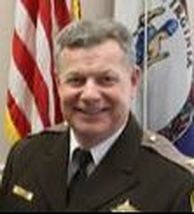 Bob Mosier is a native Virginian with a distinguished career as a law enforcement professional. Bob’s career spans over 30 years in local, county, and federal law enforcement both domestically and internationally. Bob started as a police dispatcher at age 19, and at 21 graduated with Top Overall Achievement as a Patrol Officer. Bob served at the local level and, based on his recognized skills and abilities, quickly moved up the ranks.

The personal integrity, professionalism, leadership, and managerial skills Bob developed in local law enforcement made him highly sought after for international criminal justice assignments. In 1996, he was selected by the U.S. Department of State to serve in Bosnia and Herzegovina with the International Police Task Force as a Station Commander where he represented the Fauquier County Sheriff’s Office. Following this assignment, Bob served with the International Justice Mission, a human rights organization, as Director of Investigations working in Asia, Middle and Near East, Africa, and Latin America. Bob later served as a senior representative for a large and complex U.S. Department of Defense law enforcement program in which he provided daily oversight of all administrative, logistical, operational, and training requirements for 300 law enforcement professionals. Following this service, Bob became a GS-15 Deputy Senior Executive Police Advisor for the Iraq Bureau of International Narcotics and Law Enforcement Affairs with the U.S. Department of State with oversight of 150 Senior Police Advisors. Bob was elected Sheriff of Fauquier County Virginia in 2015 serving his community with distinction prior to becoming the Commonwealth of Virginia's Secretary of Public Safety and Homeland Security in 2022.
Center for Police Leadership & Ethics International (CPLE)