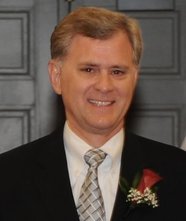 Greg had a proud and illustrious career with the FBI spanning over 25 years as a special agent. While he has investigated a wide variety of criminal matters, including drug trafficking, kidnapping, extortion, bank robberies, counterfeiting, and even an undercover operation inside the Marion Penitentiary against a LCN crime boss, Greg distinguished himself in the white-collar arena. He was the Co-Case Agent on the House Bank investigation resulting in the conviction of two congressmen. He was a key agent on the Whitewater investigation where he received accommodations from Independent Counsel Kenneth Starr and Director Louis Freeh. He also conducted the investigation into the CIA Office of Inspector General (OIG), which was commissioned by the President’s Council on Integrity and Efficiency.

In 1999, Greg accepted a supervisory position with the Firearms Unit at the FBI Academy where he taught new agents and worked on a variety of management issues from budgets to protective armor. In 2002, he was selected as the Chief of the FBI’s National Firearms Program where he led all firearms and ammunition related procurements, contracts, and inventory management matters and exercised oversight of the Weapons Management Facility and Bureau-wide range projects, providing logistical support for training and investigative operations world-wide. It was during this time that Greg was selected by the FBI to testify as a subject matter expert before the Danforth, Sensennbrenner, and Wolfe Congressional Committee Hearings on firearms accountability issues.

In 2004, Greg was selected as the Chief of the famed FBI National Academy -  a position he held until his retirement in 2013. Graduating more than 8,500 students during his tenure, Greg earned an international reputation as a staunch advocate for law enforcement training and relationship building throughout the world. Greg carried these skills to the alumni association upon retirement becoming the Executive Director of the 17,000 member National Academy Associates from 2013-2015.

Greg is known throughout the world for his leadership, advocacy, and character and remains very active in the international law enforcement community today. Greg holds a Bachelor of Science in Business Administration (Accounting) from Duquesne University and a Master of Science in Adult Learning and Human Resource Development from Virginia Tech.
Center for Police Leadership & Ethics International (CPLE)