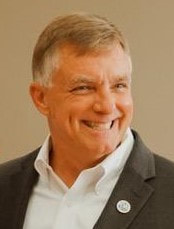 ​Jeff Green, PhD
President/CEO
Center for Police Leadership & Ethics International
​
Jeff began his career in law enforcement in 1984 as a police officer in Nottoway County, Virginia. In 1986, he joined the Chesterfield County Police department serving in the positions of Patrol Officer, Vice and Narcotics Detective, and Sergeant. In 1997, Jeff joined the FBI spending the majority of his career investigating international drug cartels and serving in various training settings at the FBI Academy and in the field. Jeff spent 10 years at the FBI Academy instructing in the FBI National Academy and serving in the senior management positions of Chief of FBI Leadership Development and later as Chief of Faculty Affairs overseeing the majority of instruction in the FBI National Academy. Jeff also served many years as an adjunct professor with the University of Virginia and Capella University’s Ph.D. program in Public Service Leadership. Retired from the Bureau in 2017, Jeff serves as the President/CEO of the CPLE traveling, teaching, learning, and innovating with police officers around the world.

Jeff earned BS and MS degrees in Criminal Justice Administration from Virginia Commonwealth University and a PhD in Criminal Justice with an emphasis in Organizational Leadership from Capella University. While his research efforts primarily focused on the relationship between personality and leadership effectiveness, Jeff has published numerous articles on topics concerning ethical leadership, leading change, human and organizational development, context and leadership, power and politics, and leading in a multicultural environment. He published his first book, Graduate Savvy: Navigating the World of Online Higher Education, in 2008, with a 2nd Edition in 2011 and 3rd Edition in 2015. Jeff also authored Decision Point: Real-life Ethical Dilemmas in Law Enforcement, which was released for publication in 2012 and a 2nd edition in 2015. His latest book, Perception: Understanding Human Connectivity through the DISC Behavioral Model, was published in 2019.

At work and home, Jeff has been surrounded by those committed to the service and protection of others. Jeff has been married for 30 years to a nurse practitioner, has a son who is a firefighter/medic with Spotsylvania County Fire and Rescue, and a daughter in Christopher Newport University's pre-med/neuroscience program who will be attending med school in 2020 in Blacksburg, Virginia.