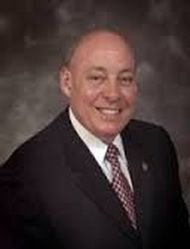 Michael retired in 2015 after thirty-six years in the law enforcement profession as a Supervisory Special Agent with the Federal Bureau of Investigation (FBI).  He spent his last ten years in the FBI as an instructor of leadership at he prestigious FBI National Academy, Quantico, Virginia where he was also adjunct faculty for the University of Virginia.  He further served as a program manager for the FBI Academy leadership development programs for law enforcement executives from around the world, to include the Law Enforcement Executive Development Seminar (LEEDS), and the flagship National Executive Institute (NEI), the program for Major Cities Police Chiefs and Major County Sheriffs.

Prior to serving at the FBI Academy, in the aftermath of September 11, 2001, Michael served as the Coordinator for South Florida Joint Terrorism Task Force (JTTF) in the Counterterrorism Program at the FBI Miami Field Office. As JTTF Coordinator, he was responsible for training programs, information sharing, and liaison for the over 160 federal agent and law enforcement personnel. While in the Miami FBI Office, he investigated domestic and international multi-million dollar white collar crime fraud matters, public corruption, organized crime, and racketeering.

Prior to joining the FBI, Michael served for sixteen years as a police officer, to include six years as a Chief of Police for the West Boylston Police Department in Central Massachusetts. He has been involved in law enforcement training throughout his career on the college level and police academies. Michael is a graduate of the 178th Session of the FBI National Academy.  He has a Bachelor of Science Degree from Northeastern University and a Master of Arts in Criminal Justice Administration from Anna Maria College.
Center for Police Leadership & Ethics International (CPLE)